The North Carolina Opportunity Scholarship Program (OSP) was born out of the ideology that families in our state should have access to the school that best fits their child’s needs, regardless of their zip code or income. Established by the North Carolina General Assembly in 2013, OSP has now served thousands of families and students from across North Carolina since 2014 through a private school scholarship worth up to $4,200 a year, providing tuition assistance to ensure low-income and working-class families who are eligible for the program can obtain equal access to the school of their choice. The program, according to moms like Charlonda Brown from Goldsboro, has been “life changing” for her family. 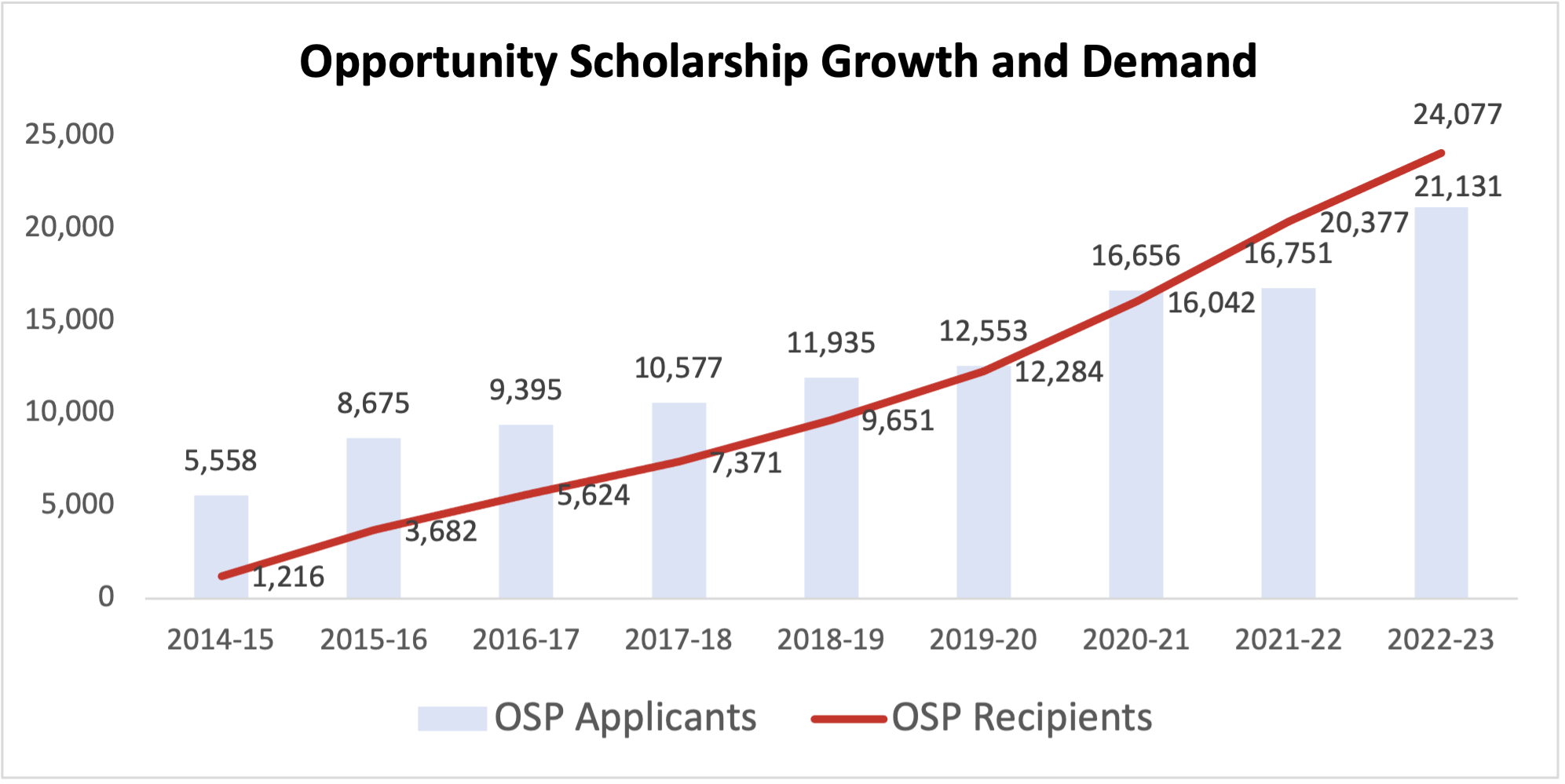 Other facts and figures:

School choice in North Carolina has never been more popular. Beyond the incredible demand for OSP, all school choice models have seen an increase in enrollment in our state in recent years. The number of students attending public charter, private, or home schools has climbed to over 410,000. For the first time in the history of our state, these students now represent over 22% of school-aged children.

In a survey of OSP parents (December 2018) conducted by Parents for Educational Freedom in North Carolina, parents and families’ satisfaction for the program was extremely high:

WATCH: Real parents, families, students, and teachers who have a stake in OSP