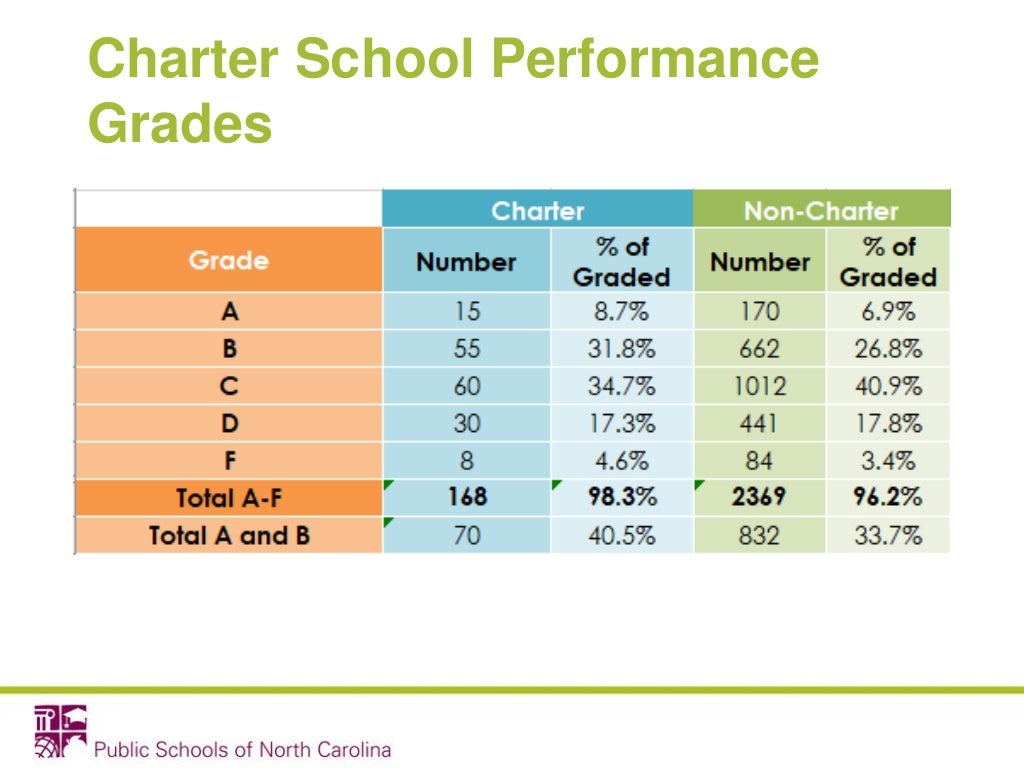 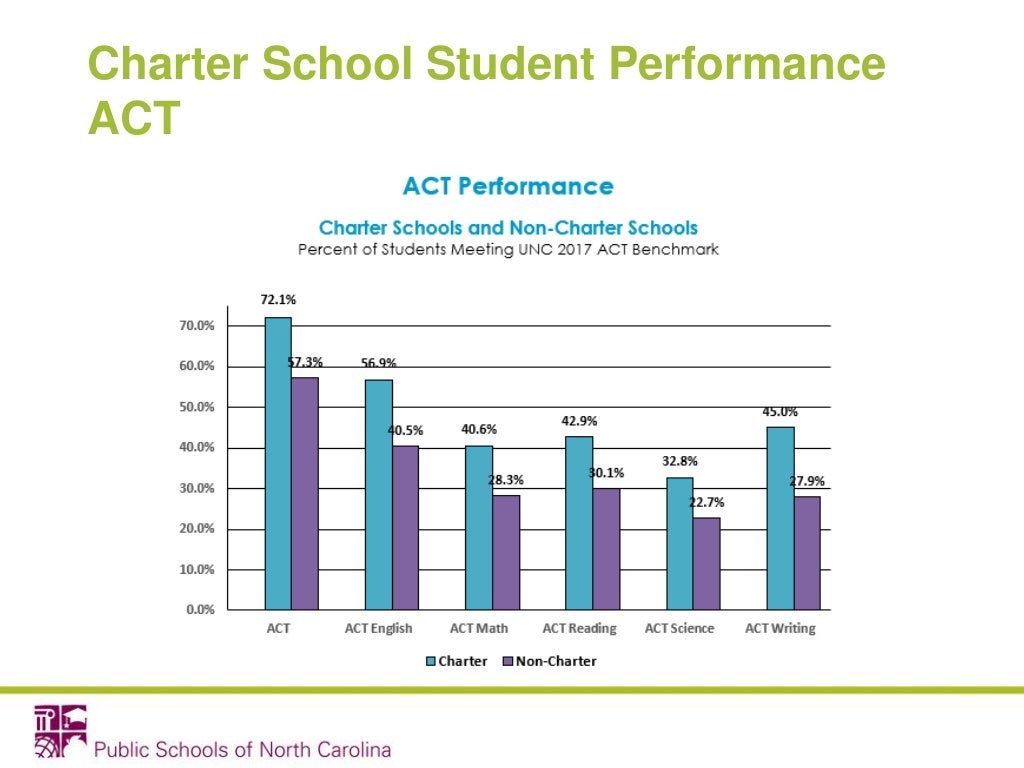 Overall, 57% of public charter schools were above 60% Grade Level Proficient (Level 3, 4 or 5), compared to 44% of their district-run counterparts. 35% of public charter schools were deemed Career/College Level compared to 22% of traditional public schools, according to the criteria for Career/College Level (60% of students have EOG scores of 4 or 5)