No. Almost one-third of all public charter schools are led by persons of color. This figure is smaller when compared to the most recent census of all traditional public schools in 2006-2007. At that time, there were over 2,300 principals in North Carolina of which 8.5% were black men, 15% were black women and less than 1% were Hispanic. 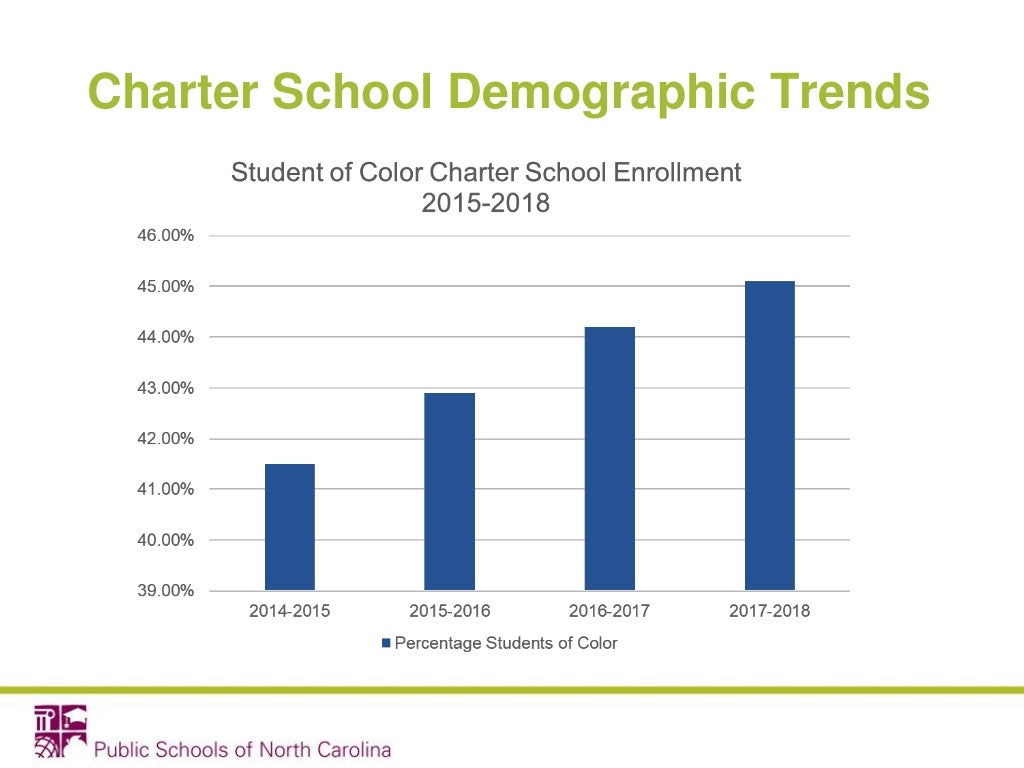 According to the latest annual report from the Office of Charter Schools, over 45% of the total public charter student population identifies as students of color.